Laugh Not Lest Ye Laugh Alone 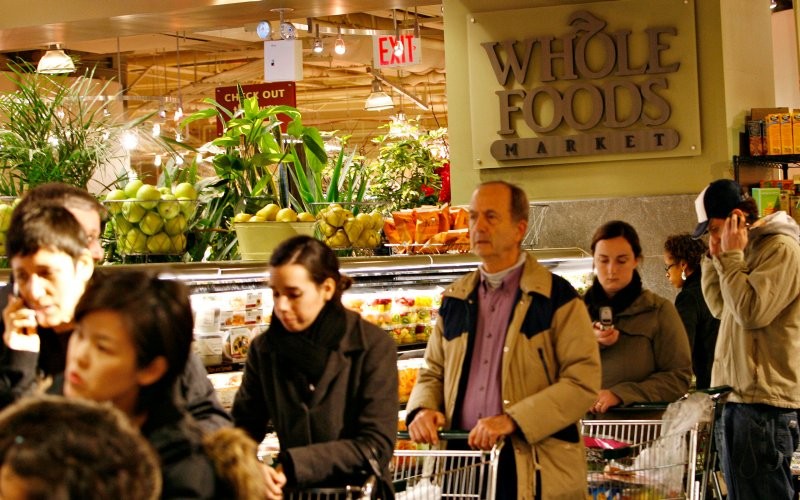 Recently this article, a sarcastic and dismissive discussion on the presence of homeopathy and natural medicine products at Whole Foods, has been making the social media rounds.  The author compares the "pseudoscience" of natural medicine, to creationism.  Normally I ignore this sort of anti-scientific scientism, but when a friend posted it on Facebook I had to say something.   The central falsehoods in the writer's argument are veiled by the few points of merit, and everything gets pasted with the same stripe.  Comparing natural medicine and homeopathy to creationism is preposterously out of proportion.  Natural food purism is an easy target, of course, and everything else is made to look silly along with it.  It all makes for exciting copy and no doubt the author feels very clever, but does it have anything of value to offer?

Among those devoted to scientism, the dogmatic rejection of all things not perfectly acceptable to conventional medical or scientific opinion, homeopathy is the ever-ready whipping boy.  Homeopathy is spoken of as "pure quackery", "the one woo to rule them all', as I recently read.  Homeopathy has amassed mountains of empirical experience in the form of the reports and writings of thousands of physicians over the last two hundred years.  There is a vast literature and two centuries of experimentation in almost every corner of the planet, as well as a whole wing of the medical profession devoted to homeopathic practice worldwide.  There are tens of thousands of physicians who've dedicated their entire lives to homeopathic practice in Europe, Great Britain, India, South and North America.  Apparently their experience means nothing.  How facile to blow it all off with a dismissive phrase, like a bit of dust in the hand.  Poof!! Should we mention that there is also a considerable amount of scientific research, both materials science research on the physical nature of homeopathic dilutions and clinical research.  Ah, but if we don't look, like the proverbial ostrich, then we won't see it!! Yes, and since homeopathy is manifest quackery we don't need to look or see the contradicting facts, since we already know.

Here are a few links to research:  http://drnancymalik.wordpress.com/.../scientific.../  or http://www.facultyofhomeopathy.org/research/  Of course, the problem for me is that I've been practicing homeopathy for over thirty years.  What is said and what I see are in complete opposition.  I can give proportion to the limits of homeopathy but also to the reality that one day must be acknowledged and addressed.

Homeopathic medicines have been developed on the basis of trials on the healthy that have proceeded since the end of the 1700's. These are known as provings.  I recall a case of a teenage with a severe acute condition, confirmed mononucleosis to be precise.  The 200 CH dilution remedy was given four times in a day by the mother, which is far too many doses.  The next morning the patient awoke feeling dramatically improved (and returned to school the next day) but related an interesting sensation.  While lying in bed she felt as if her hands and feet were attached to balloons and she was floating.  This is a keynote symptom of the unusual remedy that was prescribed, a symptom discovered in the tests on the healthy originally done well over a hundred years ago.  "Seemed to walk on air" was one of the phrases from the proving.  How does such an unique and unanticipated phenomenon spontaneously occur, let alone the complete relief of symptoms overnight, if what was given was a blank humbug?

There was the case of the copper miner with MS, whose symptoms led directly to the remedy Cuprum, i.e., homeopathically prepared copper.  Cuprum 200, that is to say, serially dilluted and pounded at a one to a hundred ratio, two hundred times, caused three days of green bowel movements, the color of oxidized copper, followed by rapid cessation of the most distressing symptoms. Over time, four more cases had a very similar experience when given Cuprum as the indicated remedy.  There is a great deal more to the mystery of homeopathy than is appreciated in the mainstream.

Then there is the matter of herbal medicine, also dismissed with the same stroke in the same article.  The amount of scientific research on the medicinal action of hundreds of plants over the last thirty years is just simply enormous.  Any given plant medicine has been broken into its bio-active constituents and  its action identified in genomic, proteomic, animal and/or human studies. Put any one of your favourite herbs in the search engine at pubmed.org, the medical research database, and see what is going on out there in the published medical research world.   Same goes for nutritional medicine in terms of both foods and their diverse active constituents, as well as specific nutrient factors and their potency in both prevention, optimizing function and treating dysfunction. There are a variety of dedicated medical journals publishing scientific research in this sphere on a consistent basis.  Ignoring or dismissing this vast arena of research, on a foundation of thousands of years of human experience, seems a tad arrogant doesn't it?

Sure there is pseudoscience and fads is the natural health sphere.  However, do you imagine that things are considerably better in the medical world?  They are not.  Thirty years of practice has allowed me to observe that drugs and diagnosis are also just as subject to fads  They’ve simply institutionalized it.  There are lots of great articles and books on the questionable science behind many popular drugs, as well as diagnostic and medical procedures, not to mention the easy corruptibility of the gold standard placebo controlled randomized clinical trial.

Dr Neil Tessler  is a naturopathic physician specializing in Classical Homeopathy since 1983. He is a Diplomate of the Homeopathic Academy of Naturopathic Physicians since its founding year, served as Editor of the Academy's international journal, Simillimum, for six years, and five years as President. He taught for fourteen years at the Vancouver Homeopathic Academy and has written and lectured widely on homeopathy and natural medicine.

The Metabolic Makeover: It's All About Energy

During the Covid-19 crisis we are happy to continue offering appointment via Skype, Facetime, phone and in some cases, in person. Details for online appointments are found on the online appointment system or by phoning the office.  Suitable arrangements will be made for pick up or shipping of homeopathic remedies and products.