The Two Traditions of Medicine 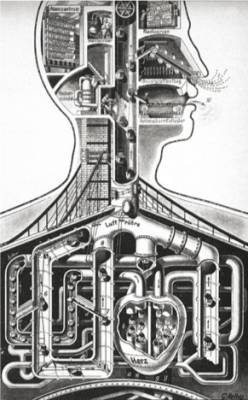 When we think of health, it is might be worthwhile to point out that historically there are essentially two dominant conceptions of the body.

While they are not mutually exclusive, in some respects complementing each other, yet they are fundamentally opposite in nature.   (The most complete understanding of this subject has been unfurled in a series of remarkable volumes titled Divided Legacy, by the late Harris Coulter.)

One is termed the Rationalist school and is embodied today by modern medicine.  The Rationalist tradition sees the body as a living machine composed of various parts and processes.  Disease is regarded as a disorder of structure or function.

As science grows in understanding of the body, its anatomy, physiology, biochemistry, cell biology, etc., medicine develops elaborate methods and technologies to fix, replace, alter, control, activate or suppress a particular structure or function, or some factor that is designated to be the cause, such as a bacteria or virus.

In this sense, clinical medicine is pragmatic, i.e., down to earth, in that it deals with material things in a pragmatic, material way.  That can certainly be appropriate and effective when it comes to injury or surgery or conditions that require reigning in some specific mechanism or process.  There is no doubt that this can be life sustaining and life saving.  Medical pragmatism also has an economic and political aspect.   The theories and practices of modern medicine, even the direction of research, are well-suited to the political, institutional and socioeconomic interests of the modern world.

For instance, research proves that a given drug can alter a given function.  From the pharmaceutical and medical practice perspective, to produce a drug that alters a particular structure or function is profitable economically and efficient clinically.  Does this mean that altering that function in that way is a good thing?  Are there simpler, cheaper, less risky ways to alter that process, support healthier functioning or provide effective prevention of a morbid outcome?  Does altering that function truly lead to better health?  These questions are not necessarily of interest.  In fact, in my special report Five Key Principles for Better Health and Healthy Living, I point out that some of the most common diagnostic labels and drug treatments misdirect the patient from the true source of their health concern towards a simple label and a drug-based solution that merely masks symptoms.  Unfortunately the injection of vast profit into the arena of medicine has altered even a purely rationalist approach, such that at times it is a caricature of rationalism.

Rationalist theories have changed over the centuries and continue to evolve, even in the era of modern science.  Medical theories are subjected to the changing nature of evidence that gradually works its way down to the clinical level.  Over the thirty plus years of my practice it became quite obvious that clinical medicine is prone to fads in popular diagnoses and prescribing.

Taken as a whole, the provisions of a rationalist approach to the body, in the context of modern science and research, has led to remarkable depth of understanding of the body, its structures and functions down to the sub-cellular and macromolecular level. Rationalism has provided a highly sophisticated knowledge of the the physical mysteries of the physical body and its operations.

The second major philosophy of the medicine, still active in ancient civilizations like China and India and exemplified in the west by homeopathy, is termed Empiricism.   Rather than attempting to explain things, the empiricists simply accumulated observations of humanity and nature.

One of the fundamental notions of the empirical medical tradition is the observation that we function as a unitary field, rather than as a collection of parts.   Through the act of observing carefully the operations of nature that are perceptible to the senses, one would be able to understand that sickness is not of the part, but expresses itself through various parts. Sickness is of the whole.

To the empiricists, the total organism is at all times active within the tension between inherited tendencies and 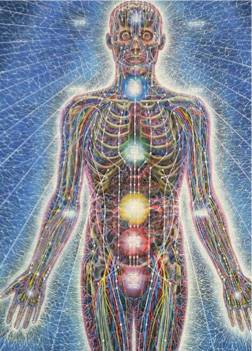 external physical, emotional and cognitive stressors.   It acts and reacts in a constant and orderly manner to maintain a proximate balance, known to biology as homeostasis.  This is the core of the concept known in the west as Vitalism.  Vitalists were called this because they referred to the animating principle, the unitary field, as the vital force.

One could think of the organism as a piece of music - a state of energy, a vibratory field reminiscent of an elaborate orchestra, with flats and sharps and other dissonances at play within the overall music and manifesting as a tendency towards physical, emotional or mental symptoms.

Whereas in rationalism, the diagnosis is the focus of consideration, in empiricism, the concept of a specific disease is rejected, as each patient is unique.  In other words, there are common and yet many uncommon elements from person to person in any given condition.  Therefore diagnosis is only a description of a specific alteration of structure or function, not of 'disease'.   According to the empirical view that specific change arose as a result of the dynamic, reactive process of the organism as a whole.  In this view, the organism is sick before disease manifests itself as specific changes.  Illness precedes symptoms.

Since disease is a state of the organism as a whole, Empiricism seeks to enhance the dynamic powers of resistance and even rid the system of the inherited susceptibilities that open a channel to illness.  Another unique feature of empirical thought was that the ultimate cause of illness was hidden and essentially unknowable, like the vital force, the organizing principle itself.  Treatment of the seeming cause, such as a bacteria, is bound to be relative, not truly addressing the roots of disease, which is the susceptibility itself.   Even as a given structure or function can be understood in depth, the force that unites and directs the total functioning of the organism as a whole remains unknown and unknowable.  Symptoms are the visible image of the unseen energetic whole.

Symptoms, that is the total pattern of mental, emotional and physical symptoms, are the one true image of the unseen disease.  The  symptoms are considered to be the true voice of nature; true now and true in the past, true always regardless of fad and fashion.   The symptoms that are most uniquely characteristic of the ill person, led treatment to be selected in a way that was individualized rather than generalized to a diagnostic category.    So while the empiricists, like the rationalists, were also interested in symptoms, how they regarded them was entirely different.  For the rationalists, symptoms are the disease or manifestations of an underlying physical pathology.  For the empiricists, symptoms are the indication of the operation of the balancing, homeostatic function.  In a sense, what we call the disease then, is paradoxically the living image of the healing process, the best channel that the organism can find in order to maintain balance. 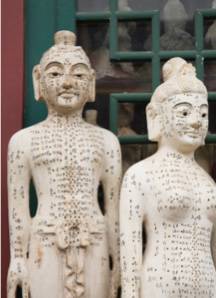 What is the nature of this dynamic, reactive force that aims to holds the physical, emotional and mental being in balance?   Vitalism is normally associated with belief in an unseen unifying life force that is regarded as the energetic matrix and instinctive animating force or governing power of all material creation.   This energy was said to animate and forge the connecting link between all forms of life.

In the orient, this is referred to as Chi or Ki, with channels of force called meridians.  Chinese medicine is ultimately about supporting the balance of this energy.  In fact, all vitalist approaches to health attempt to stimulate, according to the the particular method utilized, the innate ability for self-healing.

In India the term used for the vital force is prana, and was said to travel in multitude of etheric channels termed Nadis.  In the west, it is referred to as the vital force, while Samuel Hahnemann, the founder of homeopathy, termed it the dynamis.

Albert Einstein wrote, “We may regard matter as being constituted of those regions in space in which the field is extremely intense… There is no place in this new physics both for the field and matter, for the field is the only reality.”

Wilhelm Reich, a well-known and influential psychiatrist and researcher termed it orgone energy.  He believed it was 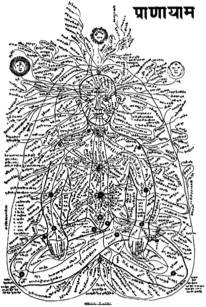 the all-pervading energy of life and even developed various devices for its accumulation and projection.

However one may choose to refer to it, the main take away is that body, mind and emotions are an interactive unitary field with three channels of expression.  Even to speak of body/mind relationship is perhaps to miss the point that they are different expressions of a single field of information.  All diseases are, in fact, diseases of the whole organism.

Beyond the vitalist aspect of Empiricism, there are many dimensions to the differences between this school and the Rationalist school.  Whereas rationalist certainties are subject to changing theories and evolving experimental science, empirical methods tend to build upon a continual foundation of confirmed observation.

Science textbooks invariably describe what they regard as the defeat of vitalism as an important milestone in the progress of science.   Some physicians are offended at the very idea of vitalist philosophy, as it lacks the sensibility of describing illness in pragmatic, material terms.   Nevertheless, at a time when modern medicine regards itself as the only one true arbiter of medical care, vitalist philosophies continue to grow in strength and confidence.  One day the two snakes of the caduceus may truly meet and find the values that lie in each for the greater benefit of humanity as a whole. 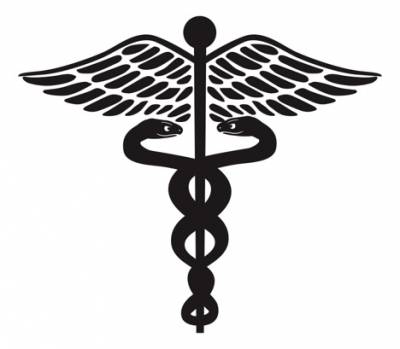 Dr Neil Tessler  is a naturopathic physician specializing in Classical Homeopathy since 1983. He is a Diplomate of the Homeopathic Academy of Naturopathic Physicians since its founding year, served as Editor of the Academy's international journal, Simillimum, for six years, and five years as President. He taught for fourteen years at the Vancouver Homeopathic Academy and has written and lectured widely on homeopathy and natural medicine.

During the Covid-19 crisis we are happy to continue offering appointment via Skype, Facetime, phone and in some cases, in person. Details for online appointments are found on the online appointment system or by phoning the office.  Suitable arrangements will be made for pick up or shipping of homeopathic remedies and products.